The Positive Effects of Music On Child Development “Research shows that at-least some musical education has a positive impact on social and cognitive development of children. And these effects are long lasting – better hearing, better motor skills, improved memory, better verbal and literacy skills.”

Alan Harvey’s 2018 TEDx Talk, Your Brain on Music, paints a vivid picture of how central music is to human development. For Homo sapiens of all ages, music possesses incredible power. It inspires us, connects us, and helps us grow. And this is doubly true of the most malleable members of our species: children.

The positive effects of music on child development are well-documented, complex, and fascinating. Many parents are well aware of this, which is why – alongside summer camps, little league, and so on – they are so keen to fit music lessons into their children’s schedules.

Here at Tunelark, people ask us, “Is there any science on how music affects children’s growth?” In the spirit of answering this question, we decided to put together a roll-up blog documenting the evidence around child development through music. We’ve grouped the research into four areas, all of which speak to why music is important for child development: socialization and empathy; memory; hearing and speech; and a curiosity for learning.

Contrary to older theories, recent neuroscience has established that “music and speech functions have many aspects in common and that several neural modules are similarly involved in speech and music.” Furthermore, in a book published in 2021 by neuroscientist Dr. Nina Kraus, Of Sound Mind: How Our Brain Constructs a Meaningful Sonic World, she pointed out that, “Musicians enjoy distinct advantages in processing speech sounds, thereby strengthening communication through language.”Little surprise, then, that the positive effects of music on child development extend to other sensory areas, such as hearing and speaking.

Martin J. Bergee of the University of Kansas examined 1,000 middle-school students to determine if there was a link between music education and improved performance in other areas. According to the research, “learning music did appear to make students better mathematicians and readers.”

“With music, one’s whole future life is brightened. This is such a treasure in life that it helps us over many troubles and difficulties. Music is nourishment, a comforting elixir. Music multiplies all that is beautiful and of value in life.” – Zoltan Kodaly

Memory is a key cognitive trait that plays a role in every facet of cognitive performance. A sharp memory helps us be better friends, better employees, and better citizens. It is a powerful predictor of various measures of success. And memory is one area where the impact of music on children is crystal clear.

“Music enhances the education of our children by helping them to make connections and broaden the depth with which they think and feel. If we are to hope for a society of culturally literate people, music must be a vital part of our children’s education.” – Yo-Yo Ma

Music is a communal experience. We create together, listen together, dance together. And the bonding effect of music is something that can help children develop their social skills early in life.

Through music, children – like adults – can socialize over their favorite songs and artists, and bond over their shared love of music. In group settings, playing instruments together, they can connect over shared acts of creativity, and achieve flow states together. All of this can have positive effects on the evolving young mind.

This connection between music and brain development in early childhood is well-documented:

“Music education opens doors that help children pass from school into the world around them – a world of work, culture, intellectual activity, and human involvement. The future of our nation depends on providing our children with a complete education that includes music.”  – Gerald Ford

4. Music Creates a Curiosity for Education

Learning is learning is learning. Developing musical skills at a young age requires a commitment, concentration, and passion that isn’t solely applicable to the melodic realm. One of the most foundational positive effects of music on child development is to create a curiosity for learning that then extends across to other domains.

Research confirms that “music education at an early age greatly increases the likelihood that a child will grow up to seek higher education and ultimately earn a higher salary.”

“If I were not a physicist, I would probably be a musician. I often think in music. I live my daydreams in music. I see my life in terms of music.” – Albert Einstein

Creating A Bright Future For Your Children Through Music

The evidence is clear: learning music as a child nurtures and boosts skills that are essential to a good life. Socialization and empathy; good memory; hearing and speech skills; a curiosity for learning – these are all skills that are as valuable at 80 years old as at 10 years old.

Parents have known this intuitively for centuries. This is why, in many different cultures, children have been encouraged to engage with music. Whether sitting down at a piano or picking up a guitar or learning a beautiful song, becoming musical is a powerful process that resonates and continues serving us through the years.

Music lessons are the most effective and time-tested method of learning how to play an instrument, sing, and study music.

Teaching Music to Kids and Teens: 5 Strategies for Parents

What Are the Qualities of a Good Music Teacher?

We love helping parents empower their children discover music at a young age – from the comfort of their own home, with experienced and fully vetted instructors. With every student, we hand-pick an instructor from our network of inspiring, professional educators, and ensure that we create a great match. If you’re ready to get your child started with music lessons, book their first lesson with Tunelark today.

We guarantee a great instructor student match, or your money back. 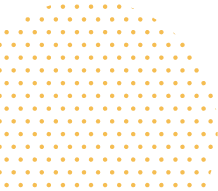